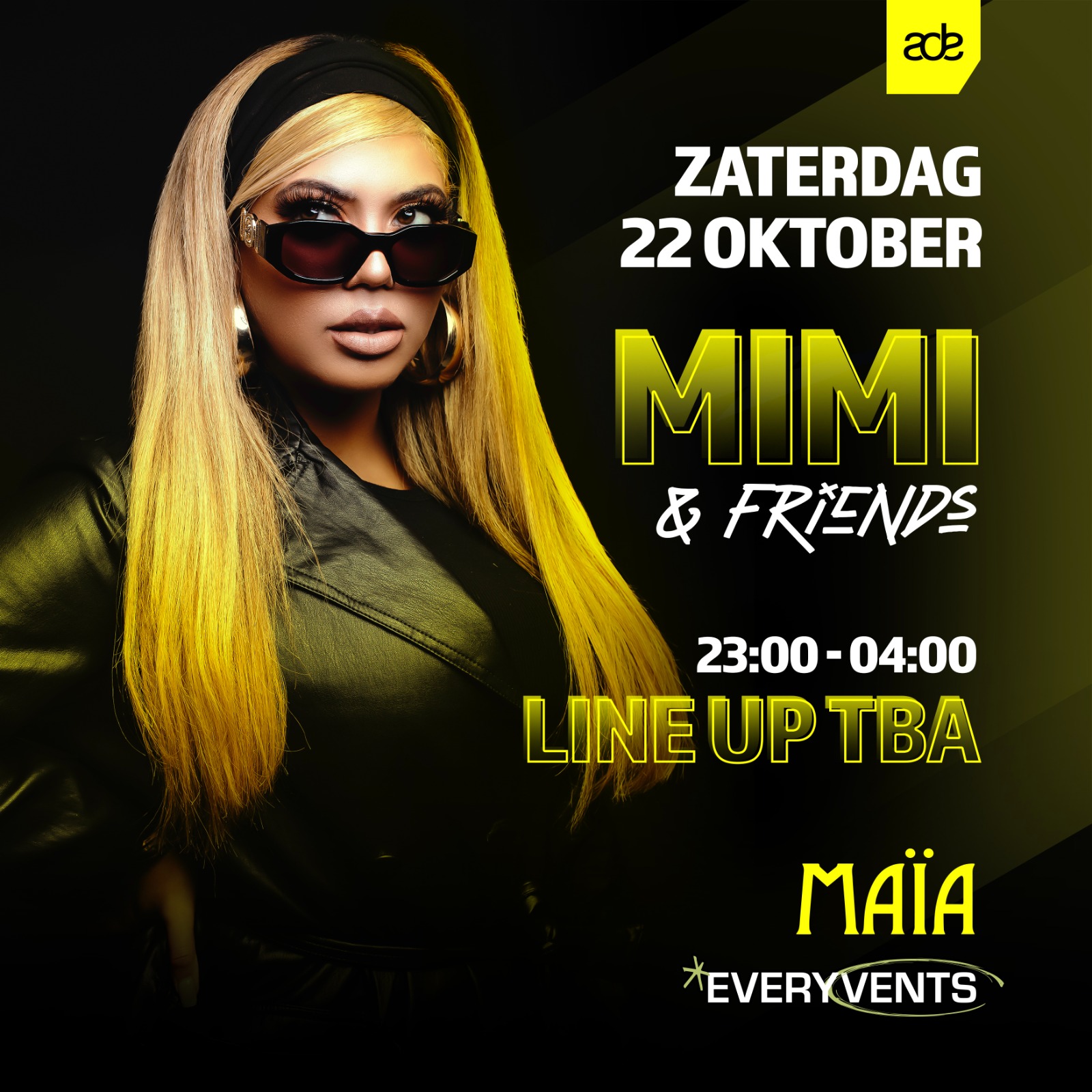 Miriam Adioui, better known as ‘MIMI’ comes from The Netherlands with Arabian Roots. As a little girl MIMI was musically inspired by artists such as Michael Jackson, Whitney Houston and Destiny’s Child, made her decide to also become a singer. At the age of eighteen MIMI was adopted at the vocal training of the Herman Brood Academy, a school for promising artists.Nowadays Mimi is one off the most succesfull female urban djs in the world. This year Mimi wil host her first ADE event in Maia with her friends. Amsterdam prepare for madness.